How to Change Lighting for Different Skin Tones 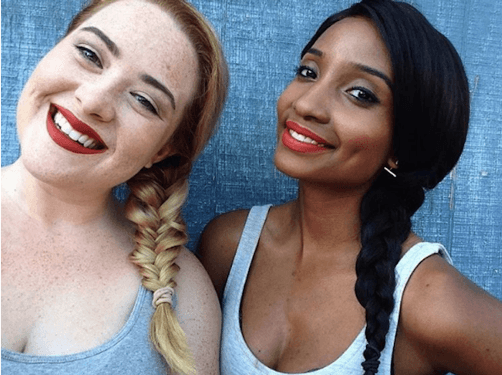 How to Change Lighting for Different Skin Tones

When it comes to taking a picture that is considered as “good” quality the lighting must be right. I am certain you are probably wondering what that means. Well, it means that is the right hue or contrast that is proper for the setting and person or object that is being photographed. Having good lighting will take a picture from average to above average in a flash. However, what is considered good lighting for one person may not be the same for another. I say this because some photographers tend to use standard lighting or the same light set up for each individual that they shoot. The issue with this is everyone does not have the same skin tone nor does the light hit or reflect each individuals skin the same way. Yes, there are some people that are very similar in complexion, however their skin is not made up of the same pigments. Because the light hits one well or poorly does not mean it will be the same for the other individual. No two people are the exact same shade so standard light settings cannot be used for every individual.

As you can see in the two pictures below the women are very similar in complexion both have black hair and they both have on a black shirt. The image on left the woman is lit from the side whereas the woman on the right is lit from the front. This shows how lighting can make a difference in a picture and that the flash can make a difference as well therefore the lighting cannot be set on a standard mode for everyone. 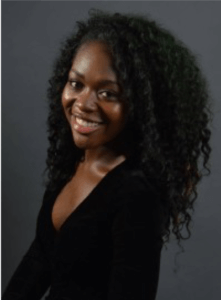 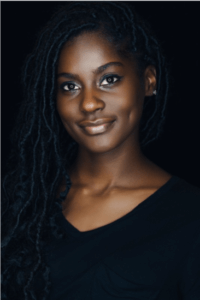 Making sure the lighting is right for different skin tones is a somewhat difficult task for some photographers to grasp. This is because some of them are not experienced enough to realize that they may have to change the setting on their camera. The white balance will need to be adjusted to help portray the color of a person’s skin complexion. When shooting the photographer has to make sure that the background, individual’s color of clothing, and the lighting does not clash with the individuals’ skin tone. Too light or too dark of a background with the wrong light setting can make the subject look washed out or darker than they really are. Individuals with fairer skin tend to want to look like they have a little color to them not look like a ghost with hair and eyebrows. Most people with darker complexion want their creamy brown skin to be noticed they don’t want to look darker and only be a seen as a figure with the whites of their eyes and teeth shown. People want all of their beauty to be captured and this is why it is important to make sure the lighting is right for each individual’s skin tone.

In the pictures below individuals with light are dark skin are shown with their skin being captured in the right light. The lighting is soft so it does not makes one person overexposed and the other underexposed. 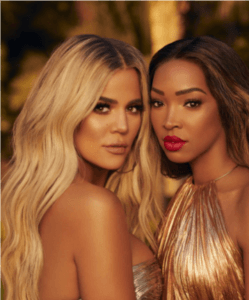 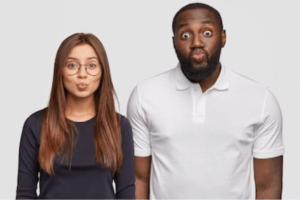 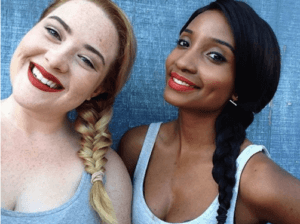 Some ways to help with the result of a picture when shooting light or dark skin is by using the right kind of reflector, knowing when to use flash or not, and knowing where the light is coming from. I mean there are various things that could be done to change the light around a person. Sometimes it could be small such as changing the position that someone is in. For example, have them face the light or turn away from it and see how the light makes them look. Something small can make a huge difference in the outcome of a picture. That is why it is always good to do test shots when photographing. It’s a great way to see if the light absorbs, reflects, or bounces off their skin. A person is not going to look exactly the same on the camera screen as they do in front of you, but a photographer should be able to look and see if there is a major difference in someone’s skin tone. Changing how the person is facing the light, the position of the light itself, and the distance of the light away from the subject can change how a subject’s skin tone is captured in the image. 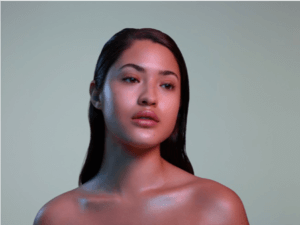 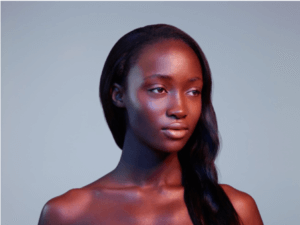 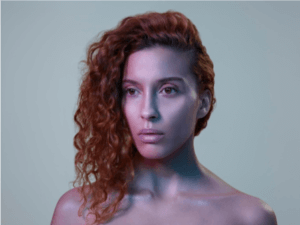 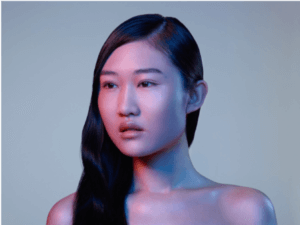 If you compare the four women above you can see that they all are doing the same thing except the first two are facing right and the bottom two are facing left. You can see the differences in how the light hit them and how it highlights different parts of their faces. These are good compare and contrast pictures of how lighting enhances or diminishes differently with the skin tone of a person.  The lighting has to be changed for the best portrayal of skin tone differences.