When we think about photography, we think of a single picture.  It’s what separates it from a video, because there is one photo that represents a person or a moment, not several seconds.  With movies, there are many single pictures or frames that create a moving image.  As a filmmaker, I love what goes into every frame and the thought that a second of film is technically 24 or 30 frames is fascinating.  Here we’ll explore how you can bring your photos to life.

The first type of technique is the Cinemograph, or, a living photograph.  It is where you turn a short video into looking like a still image with part of it moving on a loop, for instance a candle flickering or hair blowing, and the rest is static.  They are saved as animated GIFs or any video format.  It literally brings your image to life.  To get this effect, you need to set your camera up on a tri-pod and record your subject for as little as a few seconds; the less movement other than what you want to see moving, the better.  For the next step, you won’t need any fancy video editing software; you can do this all in Adobe Photoshop in a few moments. 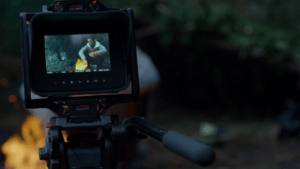 First, you drag your short video clip into Adobe Photoshop, which will create a timeline showing your clip.  You can change the length of your clip too.  Make sure to click the gear icon and choose the loop option so the video will repeat.  Simply click Ctrl+A then “Copy Merge” under Edit, then Paste.  Then your static layer will be pasted on your timeline after the video layer.  Next, move the static layer on top of the video layer.  This will freeze the entire video, so it looks like a still photograph.  Add a layer mask and use the brush tool to paint over the areas you want to bring to life in this static video.  This will show you why it’s important there is little movement besides what you wanted to see moving in the Cinemograph.  Lastly, scroll through the video and brush over any movement you want to see that happens later on in the video.  Then, you can click play and see just the part you brushed over is moving and the rest is static, and it gives it the illusion that it’s a still image that’s moving.  Now you’re ready to export and you have what seems like a moving image! 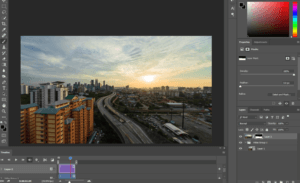 Stop motion photography is the other option and is the other way around, where you will literally transform your still photos into a video.  This technique is when you take a photo, move your subject slightly, then take another photograph.  Continue this many time, and then when you play the images back, you will see them moving!  It’s basically like a flip book.  Ten to fifteen photographs equal about a second of video, so that is about three hundred photos for a thirty second clip.  This way is a very tedious and time-consuming method, but very rewarding and highly respected due to its level of difficulty and detail.  Popular Claymation films such as Chicken Run and Kubo & the Two Strings were done with this technique and took years to complete.  Those films are essentially thousands of still photographs turned into a movie. 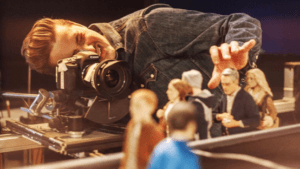 The last option is the most simple and automated but still a lot of fun if you have an iPhone 6s or newer.  These models have a feature called “Live Photos” that bring your photo to life and make the image move.  Once you open your camera and set your shooting mode to Photo, and by default it will already be on “Live Photos.”  Take your photo as you normally would.  The phone will automatically record 1.5 seconds before and after you click the shutter button.  To view, you simple click the photo and you’ll see it as it normally appears as a photo, but if you keep your finger pressed down on the screen, it will play.  It’s incredible technology and is going to revolutionize the way we view our photos.  It seems a lot of people don’t utilize this and find it annoying, but others find it really fun and something new. 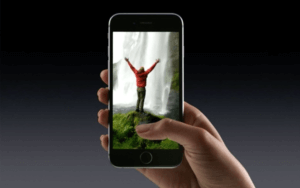 No longer does a photo have to remain still and lifeless.  With these techniques, we can feel like our memory in the photo is still alive.  There’s a saying about how once you take a photo, that moment is already gone, but not anymore.  Animated visuals and movement in your still photography can also attract the eye and bring viewers more into the scene you captured.   The use of Cinemographs let viewers appreciate your shot more.  Stop motion photography will make people appreciate each and every frame when they see them come to life as a whole.  Then lastly, moving images on your iPhone will let you relive a memory by more than just a static image.